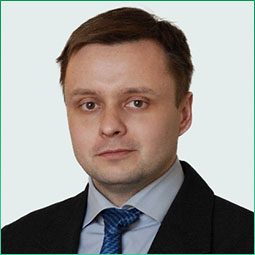 Title: Detection of two loci of CYP3A4 as a predictor of the hepatotoxicity during tuberculosis treatment

Background:
Previously it was shown that the risk of antituberculosis (TB) drug-induced liver injury could be determined by patients’ genotype polymorphism of the hepatic enzymes. The aim of presented research was the investigation of an impact of CYP3A4 polymorphism on liver function in the patients with pulmonary tuberculosis (TB) during anti-tuberculosis therapy.
Design:
For this purpose, the PCR-detection of polymorphism of CYP3A4*1B, CYP3A4*1G genes was performed in 105 enrolled patients with newly diagnosed pulmonary TB. We have considered their medical records at the beginning and at the end of inpatient treatment including total bilirubin, alanine aminotransferase (ALT), aspartate aminotransferase (AST), and gamma-glutathione transferase (GGT).
Results:
It was established that out of 105 enrolled TB-patients 84 individuals (80,0%) carried the genotype of “rapid metabolizers”, rest – 15 (14,3%) and 6 (5,7%) individuals were “intermediate metabolizers” and “slow metabolizers” correspondently. At the beginning of the treatment the highest level of total bilirubin and ALT activity had been observed in “rapid metabolizers” and it was 79,5% (p=0,047) and 43,0% (P=0,025) correspondently more, than in “slow metabolizers”. In the end of inpatient treatment, the lowering of serum total bilirubin occurred in “rapid metabolizers” and “intermediate metabolizers”; in the same time the opposite tendency – increasing of serum bilirubin on 42,9% (p<0,001) has appeared. At the end of in-patient treatment, the ALT and AST activity in “rapid metabolizers” and “intermediate metabolizers” has increased insignificantly (p>0,05), while in “slow metabolizers” it raised on 98,9% (p=0,025) and on 76,1% (p>0,05) correspondently. Thus the genotype of “slow metabolizers” is a predictor of hepatotoxicity development during anti-tuberculosis therapy. That is why the detection of CYP3A4 genotype of TB patients at the beginning of TB treatment allows the doctors to adjust pharmacotherapy in time.

Petro Antonenko has got PhD degree in 2000, Doctor of habilitat in 2015. During two years he worked as assistant professor in Jimma University, Ethiopia. Currently he is a professor of Odesa National Medical University, Ukraine. He has over 100 publications in different scientific journals, 5 patents. He has been serving as an editorial board member of several scientific journals.