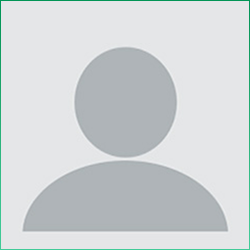 Title: Study of the pharmacological activity of dry extract of Sakhalin willow shoots against the background of experimental thrombophlebitis

Thrombophlebitis is an acute inflammatory disease of veins accompanied by the formation of blood clots inside the vascular bed and inflammation of the soft tissues surrounding the vein. At the same time, there is a violation of the structure of the vascular endothelium, slowing of blood flow which leads to an increase in the activity of the procoagulant and platelet connections of the homeostasis system and, as a result, to thrombosis. BAS complexes have a number of undeniable advantages in the theory of varicose veins and thrombophlebitis. The absence of actual side effects on the organism allows for the long-term use of plant preparations in the complex therapy of vascular pathology. Therefore, the study of new herbal remedies that can make up for the lack of natural BAS and provide for a comprehensive therapeutic and preventive effect in vascular diseases is an urgent task.
The research objective:
The aim of the work was to study the pharmacological activity of dry extract of Sakhalin willow shoots (DESWS) against the background of experimental thrombophlebitis.
Materials and methods:
As the object matter of the research, dry extract of Sakhalin willow shoots (DESWS) was taken as a therapeutic and preventive agent. Rabbits weighing 2.0 – 2.5 kg were used in the experiment. The animals were divided into three groups. Group 1 – control group, group 2 – animals that were previously administered intragastric DESWS at a dose of 30 mg/kg before modelling thrombophlebitis, Group 3 similarly received eskuvit 20 mg/kg as a reference drug. Experimental thrombophlebitis was caused by injecting an intravenous solution of 2% Lugol at a dose of 0.1 ml into the area of the marginal vein of the ear.
Results:
Against the background of experimental thrombophlebitis of rabbits, the development of ear vein thrombosis and the inflammatory process of adjacent tissues were observed. The inflammatory process was accompanied by pronounced hyperemia and edema. Preventive administration of DESWS for 6 days helped to reduce the inflammatory process as early as the 5th day of follow-up. The square of the injured area was 20% smaller than in the control pathology group. The therapeutic and preventive effect of herbal medicine can be explained by the content of flavonoids and salicylates in its composition. Eskuvit showed a less pronounced thrombolytic effect in relation to the effect on thrombosis and thrombolysis.
Conclusions:
Administration of DESWS in a therapeutic and preventive mode at a dose of 30 mg/kg has a pronounced anti-inflammatory, thrombolytic, and venoprotective effect under experimental peripheral vein thrombophlebitis of rabbits. The results of the conducted studies allow us to recommend DESWS as a promising venoprotective agent with thrombolytic activity.

Kateryna Artemova received her Master's degree in pharmacy at Kharkiv National University of Pharmacy in 2019 and holds a Diploma with Honours. And in the same year, she entered a postgraduate course in pharmacology. Currently, she is a post-graduate student of the third year of study. Kateryna has 12 publications in various scientific journals as well as 1 patent.